Microsoft released the beta version of Windows 11, which can now be downloaded by Windows 10 users on the Windows Insider Program. Although access is limited, you can easily sign up to receive the upgraded version of the operating system.

See our step-by-step guide on how to sign up for the Windows Insider Program and download the Windows 11 Preview build. It’s important to note that the available version is still in the testing phase and may have issues while in use. 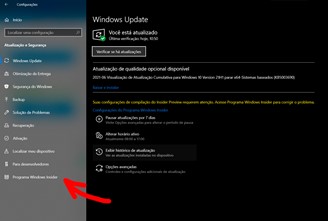 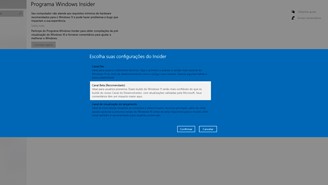 Select the “Beta Channel” option from the Windows Insider menu

If your computer does not meet the ideal requirements to run Windows 11, a message should appear stating that there may be system problems. However, the previous version should continue to install normally.

In a blog post, Microsoft said it has removed some Windows 11 requirements for the first preview, including the mandatory TPM 2.0 chip and some Intel and AMD CPUs. With this said, the trend is that more people are able to install the system in the current version.

In the tests conducted here at TecMundo, we were able to download the preview on a laptop with a 7th generation Intel processor, which is not part of the list of Windows 11 compatible CPUs.

This article was originally published on June 28 and was updated on July 30 with new information about the beta version of the system.

NASA’s Mars spacecraft has a ‘thorn in its side’