The Federal District Public Health Network already has its own plans to mitigate and contain polio. The document guiding measures to combat the virus and collect data to prevent the disease was presented, on Monday (24), at an event held at the Central Public Health Laboratory (Lacen). Intensification of immunization is the mainstay of the proposal.


50.6%
Percentage of infants aged 1 to 5 years incomplete who were vaccinated against polio in DF. The target of immunizing at least 95% of the target population has not been met since 2017

The development of plans was a requirement made by the health minister for all states, given the high risk of re-introduction of polio in Brazil. Although DF has not detected a case since 1987, the area has ample opportunities to see a resurgence of the polio disease. Possibility of reapplying within 80% – the goal is to reduce the probability to about 20%.

The mitigation plan reinforces the role of immunization as the main ally in the fight against polio. The National Polio Vaccination Campaign for 2022 began on August 8. The deadline, initially scheduled for September 9, had to be extended twice due to reduced vaccination coverage: first to September 30 and then to October 28.

To date, the Ministry of Health has applied 81,110 doses of the oral vaccine, which represents 50.6% of children aged 1 to 5 years. The goal of vaccinating at least 95% of the target population has not been met since 2017. “Low coverage must be seen as a serious problem that must be addressed,” Health Minister Luceline Florencio notes. Brazil is an example to the world in terms of vaccination. We cannot lose this vanguard.”

The ban is available in all health zones in DF. There are 118 vaccination rooms – places to consult in Department of Health website. “It is possible for us to reach the target of vaccination in DF, we have all the necessary structure for that,” Lucilene guarantees. “But we need everyone’s commitment so that the population is vaccinated.”

Active search for absentees, interaction with community leaders and school visits are among the actions that should boost immunization rates. According to the technician in charge of polio monitoring at the Ministry of Health, Joanna Castro, the mitigation plan also provides a virtual diagnosis of the vaccination rooms. “We will work to ensure that the immunization device remains within the reach of the entire community,” he says.

If the mitigation plan does not produce the expected result, the containment plan comes into effect. “The document presents strategies to contain the outbreak,” explains Joanna. “Polio is transmissible. So if we identify any victims, we will need to take some steps to prevent the spread of the disease.” 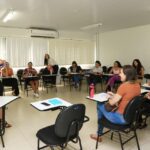 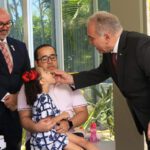 National Immunization Day stresses the importance of updating the brochure

The representative of the federal government, epidemiologist Gerson Fernando Pereira, confirmed the commitment of the Ministry of Health to support all federal units in the fight against polio. “A little more than 30 years after the last case of the disease in Brazil, the population seems to have forgotten its existence,” laments Gerson, director of the Division of Chronic and Sexually Transmitted Diseases. 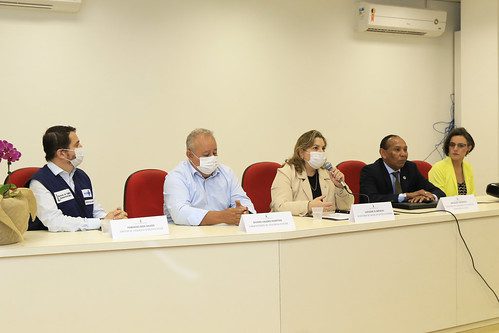