* This text was written by a columnist from TecMundo; Learn more at the end.

You may not know it, but you, or at least you can think of yourself, are the center of the universe! That’s right, according to The Big Bang Theorywhich is the most plausible for the beginning of time according to physics, our universe has stretched, in all directions, for more than 14 billion years.

This can be proved with the help of telescopes, since galaxies, in any observed direction, are moving away from the Earth, as if we were, in fact, at the center of the universe.

Oddly enough, this observation would be possible from absolutely anywhere. To understand this, we can imagine a balloon that takes the shape of a ball when filled with air. If we draw several points on the deflated balloon, and when it is inflated, we will see the points move further and further away, without any getting close to the other points.

The more air fills the balloon, the larger its surface.source: stock struggle

Another interesting phenomenon is that due to the size of our universe, when we observe distant stars and galaxies, we literally look to the past. This also happens in our daily experience. In order to be able to see anything, the light emitted or reflected from that object must be transmitted to our eyes. This means that the moment this light hits our eyes and is processed, the object emitting it is already emitting another light and what we see is, if we take this to an extreme, in the past.

However, when dealing with the scale of the universe, light (which has the highest speed physically possible) coming from an object can take billions of years to reach us. Hence the concept of a light year, which is the distance light travels in an entire year. This distance is about 65,000 times greater than the distance between the Sun and the Earth and corresponds to more than 9 trillion km. 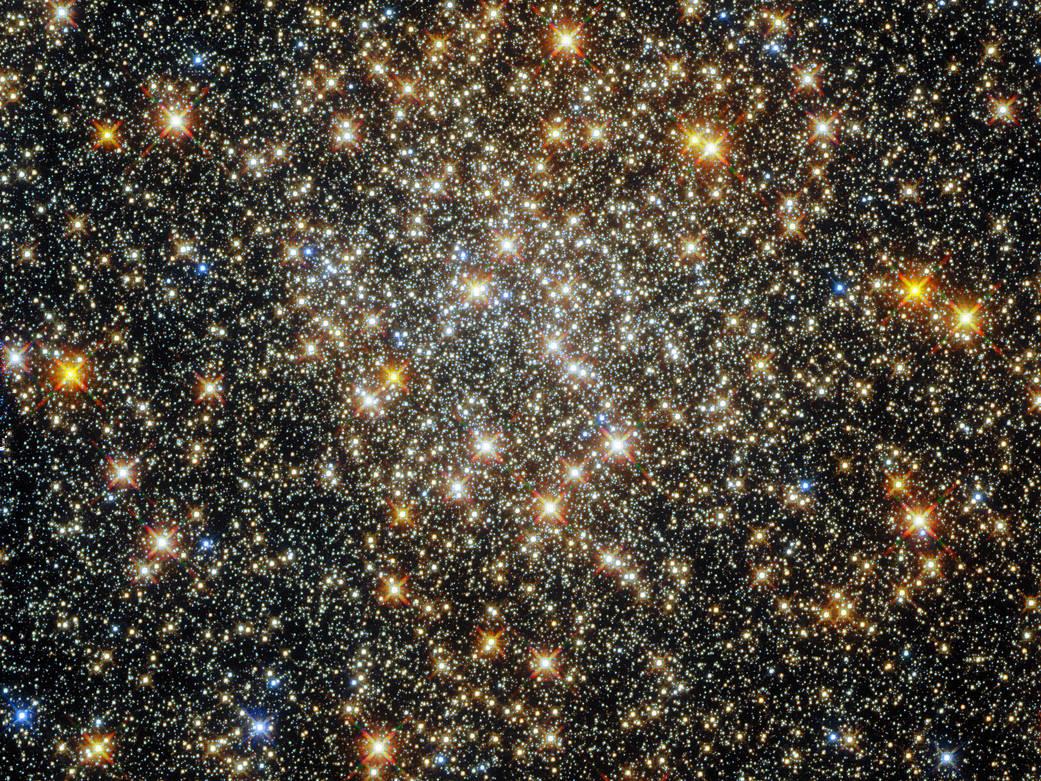 An image of our galaxy by the Hubble Space Telescopesource: NASA

So when we use telescopes to study distant planets, stars, and galaxies, we also study what our universe was like tens, hundreds, thousands, millions, or billions of years ago, which corresponds to how long the light from these objects traveled to reach us.

The formation of galaxies, for example, such as our Milky Way, was closer to clarification when, at the end of 2021, a group of scientists from different countries was able to observe the formation of what may be the first galaxy in the universe, which received HD1 and was found 100 million light years from Earth.

Of course, this type of observation requires several types of confirmation, which will only come with time, with further studies and constant observation of this distant region of the universe. The light that has traveled all this time to reach us must be studied carefully and is able to provide valuable information so that we can better understand the composition of our universe.

Rodolfo Lima Barros Souzaprofessor of physics and columnist at TecMundo. He holds a Bachelor’s degree in Physics and a Master’s degree in Science and Mathematics Education from Unicamp in the field of public awareness of science. He is on social networks with the name @rodolfo.sou

See also  Sequelae that will harm Brazilian health for a decade

Opinion: Law and the Science of Law in the Work of Kielsen

The science that hides in the beauty of flowers