The UK Ministry of Defense has added the Royal Air Force (RAF) fleet of 14 C-130J aircraft to its list of military equipment available for sale from 2023, the planned date of withdrawal from service. Type.

Availability was Issued by Defense Equipment Sales Authority (DESA). It is part of the UK Ministry of Defense (MoD) Defense Equipment and Support (DE&S) and is the body with sole authority and responsibility for overseeing the sale of surplus military equipment to the UK Armed Forces. The sale announced by DESA offers customers a more economical alternative to purchasing new military equipment.

DESA is currently marketing several C-130J aircraft that will be out of service between 2023 and 2025. They are available for sale from the UK Ministry of Defence, working with its major retail partner Marshall Aerospace. Service, support and capacity improvements.

The Lockheed Martin C-130J Super Hercules, a four-engine turboprop military transport aircraft, is the latest version of the C-130 Hercules and the only model in production. As of March 2022, 500 C-130J aircraft have been delivered to 26 operators in 22 countries. Externally similar to the classic Hercules in overall appearance, the Model J features significantly improved technology. These differences include new Rolls-Royce AE 2100 D3 turboprop engines, Dowty R391 six-bladed composite propellers with 35-degree angled blade tips, digital avionics and reduced crew requirements. The Hercules is the Royal Air Force’s primary tactical transport aircraft and its current C.Mk 4 and C.Mk 5 versions, the C-130J-30 and C-130J respectively, form the backbone of tactical mobility missions. Since entering service in 1999. It is often used in countries or regions where flights are threatened; Its performance, tactics and defensive systems make it an ideal platform for such missions.

See also  WHO Director-General: Some countries vaccinate their entire population, while others do not

The C-130J aircraft is highly flexible, capable of dropping a variety of supplies and paratroopers and operating from natural surface landing zones. Long-range capabilities are enhanced by air-to-air refueling, while an air survival rescue kit can be mounted in the cabin for search and rescue missions, allowing Hercules to drop lifeboats and emergency supplies. 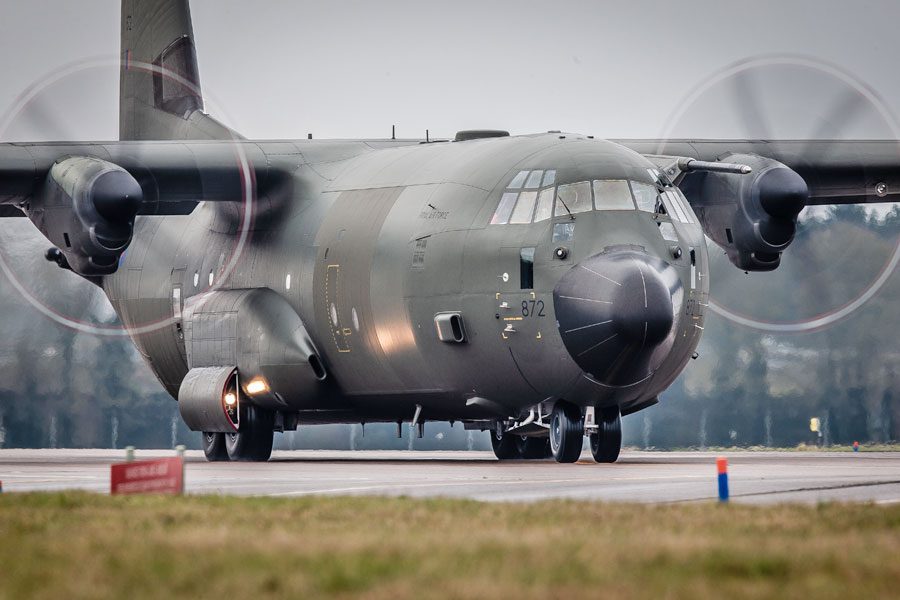 Actively deployed with the Hercules legacy fleet during operations Delic and Herrick, the C-130J accumulated flight time much faster than it was designed for. It was identified in the 2010 Strategic Defense and Security Review for withdrawal from service in 2022, a decade earlier than originally planned. By this time, the A400M project was well advanced.

The Airbus A400M Atlas was always intended to replace the Hercules, and while its tactical capability will expand dramatically by 2022, the C-130J clearly has an important tactical role until the A400M is fully established. The 2015 Strategic Defense and Security Review reflected this thinking, with the announcement that 14 Hercules C4s would remain in service until 2030. Comparing the two platforms, the Atlas has more strength, speed and payload than the C-130J. However, while the Atlas has not taken on many of the functions of the C-130Js over time, the loss of the UK’s Super Hercules fleet means a reduction in the number of airframes for the A400M, with suggestions for further purchases. Increasingly unlikely, given the cuts required to balance the MoD’s budget.