The Chinese missile is expected to fall to the ground at the end of this week Seen in the sky of Santa Catarina. The moment was recorded by the surveillance camera of a station located in Monte Castillo, in the north of the state. The images were taken around 6:30 p.m. on Friday (7) by the station amateur astronomer Josemar Justino, who is also part of the Brazilian Meteorite Observation Network (Bramon).

Pramont’s technical director, Marcelo Zurita, explained in an interview with G1 that the missile was also seen in Rio Grande do Sul, São Paulo and Minas Gerais between Thursday (6) and Saturday (8). “We are sure it is the missile. Firstly, it was passing through the location and the time that passed, and we can see in the pictures a variation in brightness. This difference in brightness was noticed and from it it was clearly out of control. When it rotates, it is because it is not Stabilize it in orbit, “he said in an interview with the G1.

The missile remnants should return to Earth within the next few hours, in a location that is still unknown. In its latest update, the European Center for Space Observation and Surveillance (EU SST) indicated that the time should be around 11:32 pm in Brasilia, on Saturday, 8.

SST confirms that the object is capsized, and displays re-entry in the ± 41.48 latitude range due to its inclination. “In this region, oceans or uninhabited areas cover most of the Earth’s surface, so the statistical probability of affecting soils in populated areas is low,” the report says. However, expectations come with uncertainty, “because the object is out of control, and a better estimate will be possible only a few hours before the real re-entry,” he asks.

In May 2020, another Chinese missile fell out of control in the Atlantic Ocean near West Africa.

* With information from Pramon and the RTP News Agency

The news that Many people were alarmed by a huge Chinese missile falling to the ground uncontrollably. Statistically, the risk of hitting people or causing damage to a part of the missile is minimal. However, back in our atmosphere, the center stage of Long March 5B should provide an authentic sight in the sky. If this happens on the Brazilian soil, around 350 Clima ao Vivo and BRAMON cameras will be ready to record everything. Calculations by the Brazilian Meteorological Network (Paramon), meteorological company Clima Ao Vivo and the international community show that the possibility of re-entry in Brazil is 1.92%. The rocket was launched on April 29, with the mission to transport the first unit of the new Chinese space station into space.

It is worth noting that it is common for objects left in orbit to re-enter Earth’s atmosphere. Recently, the second stage of the Ariane 5 missile entered the ground again and was seen in several cities from Bara to Ciara. Another case was that of the Falcon 9 second stage, which was seen in the skies over the American Northwest. These pieces tend to be “only” a few tons and, therefore, are almost completely vaporized during reentry.

The difference this time is that the center stage of the Chinese Long March 5B missile is a larger piece measuring 33 meters in length, 5 in diameter, and about 21 tons.

Incident in the seventies

In 1979 Skylab, which was the first American space station, returned to Earth in a partially uncontrollable way. The fragment weighed more than 70 tons and its wreckage spread over a large area of ​​the Indian Ocean and western Australia. After the episode, international protocols were put in place to avoid uncontrolled re-entry of objects weighing more than 10 tons.

Why should the missile enter the atmosphere again?

Pramon explains that “to orbit the Earth, any object must move at a speed of about 27,000 kilometers per hour, which creates a centrifugal force that compensates for gravity.” The point is that Long March 5B was left in low orbit, and reached about 170 kilometers in altitude at its closest point to the surface. “At this altitude, there are particles of atmospheric gases in sufficient quantities to produce resistance, and this reduces the speed of the missile, causing, little by little, gravity to prevail. With each orbit around the Earth, the drag causes the velocity to decrease further as a result, and the missile’s altitude decreases. , Which makes the missile reach lower and denser layers of the atmosphere, which provides more resistance. It is a path of no return, and its orbit will deteriorate until it reaches the breaking point, when intense heat and mechanical slowdown causes the missile to crash and burn for some time, “explains a note On the Pramon website.

Given the altitude an object is at, it is difficult to predict where it will end, since the lower layers of the atmosphere are more vulnerable to changes in density. In fact, “we cannot know when it will fall,” according to Proprinsky. On Friday, he was scheduled to hit Earth between Saturday 9.50pm and Sunday 7am GMT (4am in Brasilia). Although predictions are more accurate over time, “until an hour before the impact, the uncertainty will be great,” adds the expert.

The first unit of the Chinese space shuttle is the one that now returns to Earth. Its trajectory is out of control because its designers imagined it would disintegrate into the atmosphere naturally. The problem is that due to its enormous mass, the missile is unlikely to be completely destroyed. The lighter parts will certainly evaporate, but “given the size of the object, some pieces will remain,” says Florent Delevi, an astronomer at the Paris-PSL Observatory.

In addition, “if the missile is made of materials that do not disintegrate upon entering the atmosphere, as it appears to be the case, then the risk is greater,” according to Delevi. Nicholas Proprinsky, head of engineering and innovation at the European Space Agency (ESA), told AFP that China “should have expected a controlled return with a retrograde missile, as the Russians did when they absorbed the Mir station.”

And the fall of the missile fragment is monitored by bodies related to aviation security and defense. They are at least aware of the orbit that it occupies and the height that it is. “We hope they are in a place where they do not harm anyone,” said United States Defense Secretary Lloyd Austin. “We hope for that in the ocean or in a place like this,” he added.

Pramon notes that between 60 to 80% of the rocket’s mass must be consumed during the Terro re-entry. The resistive parts must continue to “burn” until the air resistance significantly reduces its velocity. Therefore, the remaining fragments would have to be scattered over a strip of surface that could extend up to a thousand kilometers, to reach the Earth at a much lower speed, as the grid shows.

Where it can be located

Given the inclination of the missile’s orbit, the odds are 73% for re-entry over the ocean and about 62% for its fragments not to reach Earth, Bramon explained. In the event of an actual fall to the ground, the probability of hitting someone or causing damage is within 1: 5,000, especially in the Southern Hemisphere, where the population density is lower than in the Northern Hemisphere.

Live broadcast page estimate the site of the missile 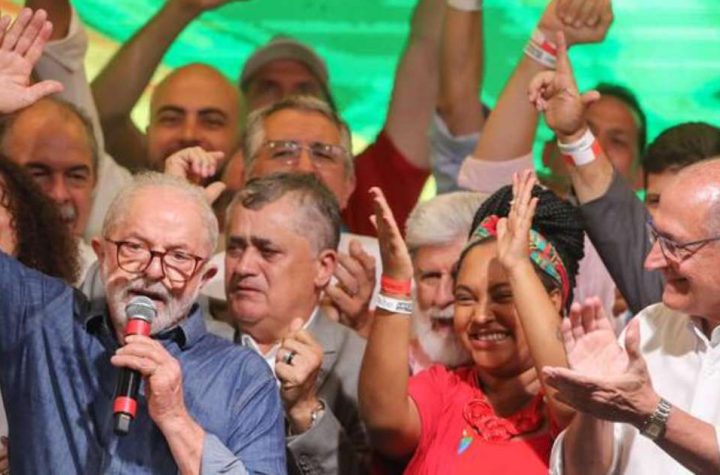