Between July 7 and 8, the General Coordinator of the Ministry of Science, Technology and Innovation, Silvana Kopecsky-Stoinski, was in Taupati and visited the city’s Department of Education and got to know some of the Secretariat’s projects, such as the project “Astronomy on Site”.

Professor Silvana Kopciski Stoinski has a degree in Mathematics and for over 10 years has developed some of the most important projects in the field of astronomy and astronautics in Brazil. During her visit, she presented projects of interest to teachers and students, such as the science fair and science fairs, which are funded by the National Scientific and Technological Development Fund.

On Thursday (07) Silvana visited the Planetarium of the “Astronomy in Situ” project, which was located in the “Natural History Museum of Taupati”, and the visiting sessions were open to the public. The “Astronomia no Sítio” project is an initiative of the Minister of Education of Taubaté, which aims to teach astronomy, led by Professor Felipe dos Santos, in the municipal educational unit “EMIEF Sergeant Everton Vendramel de Castro Chagas” (location two), since 2013. 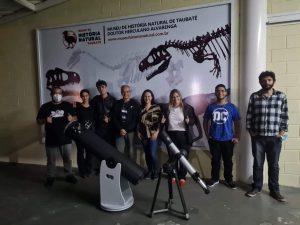 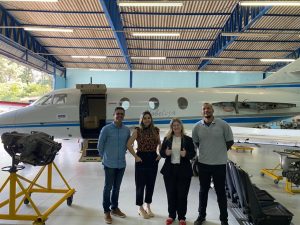 On Friday (08), Silvana visited the headquarters of the municipality of Taupate and the EMCA – Municipal School of Aeronautics. EMCA is a civil aviation school maintained and operated by City Hall, which trains professionals to work in aviation maintenance industries and companies.

The mayor of Taubaté, Jose Saud, was in Brasilia in February of this year, on a visit to the Ministry of Science, Technology and Innovation. On this occasion, he presented, together with Professor Felipe dos Santos, the astronomy projects developed by the Municipal Education Department.

See also  Are you able? Find the cat in this curious brain exercise 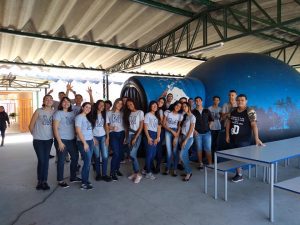 The Ministry of Education’s mobile planetarium serves municipal schools and the community in general. This action had the great support of all residents, and created interest in building a fixed planetarium and observatory in a public place, with easy access, intended for the observed visit of all interested parties, and the neighboring cities.