In the 2009 movie “Avatar”, directed by American James Cameron, which at that time became a cult symbol, living things talk to each other. The landscape of communication between trees has become iconic and symbolizes a field of knowledge beyond imagination. Because it’s quite the opposite: Fiction came after reality: It was the groundbreaking work of ecologist Susan Simard, of the University of British Columbia, that helped the filmmaker put his art on display. Plants talk to each other: this is not fiction, this is science.

In Brazil, this scientific reality passes through the corridors of Embrapa (Brazilian Foundation for Agricultural Research), in partnership with Esalq / USP (Louise de Queiroz High School of Agriculture). A bioassay conducted by the university and the Embrapa Meio Ambiente unit in Jaguariúna (SP) involved wheat plants where the researchers showed that they “communicate” with beneficial microorganisms that surround their roots to access more nutrients from the soil and gain increased protection against fungal diseases.

Read also: Excessive automation in agriculture: 4 questions that will help you decide

The experiments were conducted throughout 2021, with the support of Fapesp (Fundação de Amparo à Pesquisa do Estado de São Paulo), presented in October, during the international symposium “Avances en el mundo de Microbiomas”, at the University of San Francisco de Quito, and should continue. The next step in mapping this connection will be to analyze the effect of invading fungi and beneficial bacteria on the assembly of bacterial and fungal communities in the rhizosphere to understand patterns and correlations between rhizosphere and soil microbiome structure, microbiome diversity, and beneficial inoculum creation. 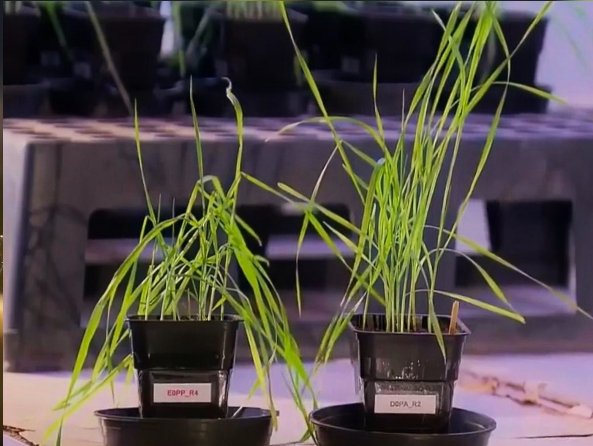 Wheat plants from bioassay by Embrapa and USP

For those who don’t know what roots are, note: It is the area of ​​soil affected by the roots of plants. Through new experiments, the researchers want to understand the patterns and relationships that arise between the microbiome, the soil, and the beneficial bacteria that eventually inoculate. Explained in detail: Knowing that the rhizosphere microbiome provides ecological services, including nutrition and protection from disease, the scientists went on to see if wheat plants would alter the oozing pattern of roots (that fluid that comes out of the pores of a plant or animal). , and acquires a viscous consistency) to access the resources provided by these antagonistic microorganisms, in case of infection by a soil-borne pathogen, the fungus Bipolaris sorokiniana. Pathogens are organisms capable of causing disease in the host.

Scientists tested the effect of three beneficial bacteria — Streptomyces, Paenibacillus and Pseudomonas — against the pathogen early in the disease to understand how the host plant and beneficial microbes communicate to keep the pathogen away from the roots.
We tested the independent inoculation of the three bacterial isolates into wheat seedlings inoculated or not inoculated with the pathogen. The severity index was highest (93%) in plants inoculated exclusively with pathogens (control treatment), explains Helio Quevedo, from Esalq/USP. “In plants inoculated with the antibacterial and pathogen, the severity index ranged from 50 to 62%, showing a significantly reduced incidence of disease compared to the control treatment.”

Microbiome diversity is good for the planet

In another study, scientists evaluated the microbiome diversity of atmospheric roots and its effect on the protection of a wheat plant inoculated with the root pathogen Bipolaris sorokiniana and the antibacterial pollinator – Pseudomonas. Using a technique called “mitigation to extinction,” the researchers “attenuated” the microbial diversity of natural soils, and in addition to natural soils, they used complex and mitigating soil gradient treatments as well.

Pollination resulted in higher plant height and rootstock mass, especially in treatments with natural soils for height, indicating the growth-promoting potential of this inoculum. This vaccine also enhanced plant protection in treatments where the pathogen was introduced.

Rodrigo Mendes, a researcher with Embrapa Meio Ambiente, explains that the microbiome of the atmospheric roots provides beneficial functions to the host plant, including nutrient absorption, tolerance to abiotic stress – where there is no life – and defense against soil-borne diseases. For example, during the invasion of the root system by fungal pathogens, certain bacterial families with certain functions are enriched in the root zone and help prevent the pathogen from infecting plants.

According to Caroline Nishizaka, from Esalq, the disease severity index was higher in all treatments that received the pathogenic fungus Bipolaris sorokiniana, especially in “lightened” soils, indicating that it is more destructive in soils with low bacterial diversity, where the antibody is also more effective in protecting the plant. (with Embrapa) 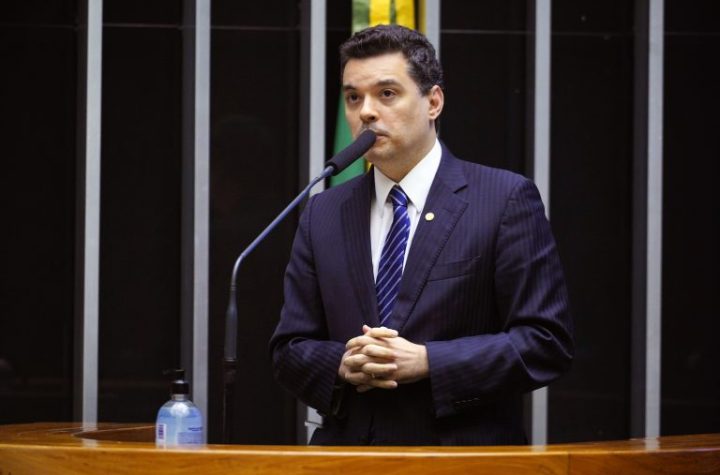