a China It has unveiled a new magnetic train capable of reaching a top speed of 600 km/h, according to information from the country’s state media.

The vehicle is a “maglev” type that uses the force of a magnet to stay suspended, avoiding contact between the body and the rails.

According to Reuters, the express train’s maximum speed will make it the world’s fastest land vehicle.

At the moment, the Chinese “maglev” train is being tested in Qingdao.

2.5 hours from Shanghai to Beijing

The journey between Shanghai and Beijing with this train takes only 2.5 hours, covering a distance of 1,000 kilometers.

China has been using this technology for nearly two decades on a very limited scale. Shanghai has a ‘mini-magnetic’ line running from one of its airports to the city.

Countries such as Japan and Germany are also looking to build maglev networks, although high costs and incompatibility with existing road infrastructure remain obstacles to rapid development.

A man flies on a “skateboard” in the United States; Watch 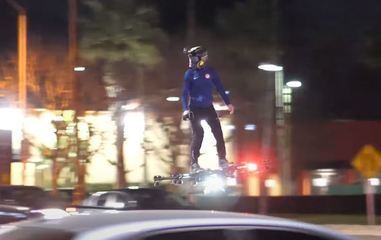 Video: “flying skateboard” rolls down the streets of Los Angeles 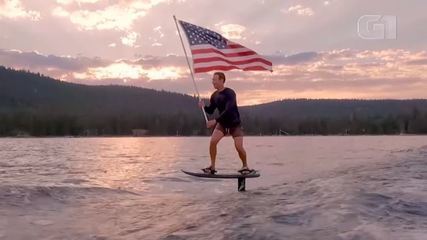