247 – Facebook founder and CEO Mark Zuckerberg feared that the Internet would be regulated in Brazil, according to documents leaked in the so-called “Facebook Papers”.

“I am very concerned that Brazil, India, Russia and all emerging countries from a legal and regulatory perspective will, in the long run, become more like China in terms of how to regulate the Internet,” the president said. Facebook in the documents, according to a report by capital letter.

For the executive, regulation will be a problem for the company. “We’ve had two cases in recent months where we’ve been banned in Brazil. 100 million people use WhatsApp in Brazil and it ended up being an offline tool. So I think those things are the biggest issues we need to think about how to act. That’s what we’re working on on a daily basis.”

Documents delivered to the Securities and Exchange Commission (SEC), the regulator for US listed companies and the US Congress, were collected by former employee Francis Haugen after he resigned earlier this year for violating the company’s positions.

Read also the previous report from 247 On the topic:

Internal documents from Facebook indicated that political content is the main source of disinformation in Brazil, as perceived by users of the social network. Seven countries were included in the survey: Brazil, Colombia, Indonesia, India, Japan, the United Kingdom and the United States of America. Percentage terms referring to civil disinformation, the number has reached 60% in Brazil. In the US it was just over 30%, for example. In India, one of the largest markets for Facebook products in the world, the proportion was 46%. Only Colombia (66%) has a higher percentage than Brazil. Statistics posted by O Estado de S. Paulo . newspaper.

Mark Zuckerberg’s company conducted a study in order to identify the main categories of material responsible for spreading “civil information disinformation,” a term the company uses to refer to false news about politics and democracy. The revelation was revealed in the “Facebook Papers,” a trove of company documents that were leaked to an international consortium of media, including Estadão, The Washington Post, The Guardian, The New York Times and Le Monde.

The shares were disclosed to the Securities and Exchange Commission (SEC), the regulatory body for listed companies in the United States. The information was also sent to the United States Congress in an edited form by the legal advisor to Francis Hogan, a former Facebook employee responsible for collecting internal surveys on the social network after he resigned in May this year for violating the company’s positions.

All proportions were calculated according to the responses of the Brazilian participants, who totaled 5 thousand users of the company’s application. The share of those participants who have already replied about Facebook is not shown.

The judiciary tightens its grip

In Brazil, the Supreme Federal Court (STF) is investigating Jair Bolsonaro and his supporters, such as politicians, bloggers and businessmen, under a scheme to fund and spread fake news.

eliminate too Cut off transfer of funds to pages investigated by fake news.

Regarding the perception of Brazilians, Facebook stated that “the results of this survey do not measure the prevalence or amount of a particular type of content on our services.”

“The survey shows people’s perceptions of the content they see on our platforms. These perceptions are important, but they depend on a number of factors, including cultural context. Identification and removal of more offensive content,” he said.

“The central premise in these stories is wrong. Yes, we are a company and we make a profit. But the idea that we profit at the expense of people’s well-being and safety does not understand where our own business interests lie,” he added.

who have come this far, Thank you very much for rating our content. Unlike corporate media, 247- Brazil it’s TV 247 They finance themselves through their own community of readers and viewers. You can support TV 247 and Brasil 247 website in different ways. See how at brasil247.com/apoio 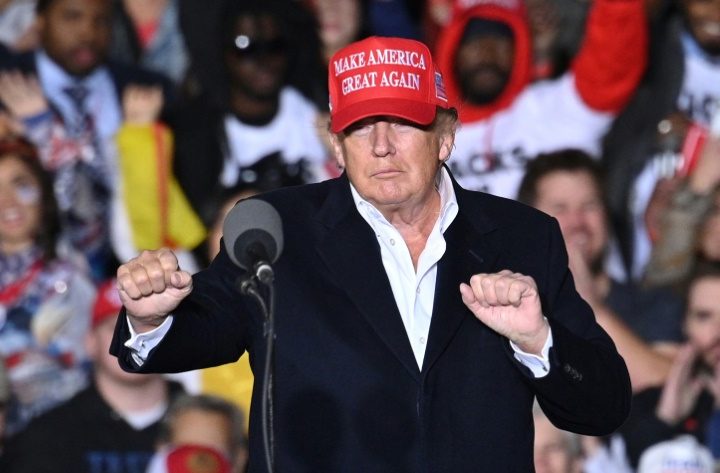