Singer-songwriter Marisa Monti, one of the most adventurous and internationally acclaimed stars of over thirty years, is back on stage in full force. Monti will resume his tour in January 2022. In March, he will launch a ten-city US tour – the longest of his career to date. His new show is based on his twelfth album, Portas (Doors), released in July by his label Phonomotor. Distribution by Sony Music. And it, to date, has surpassed more than 30 million streaming copies. 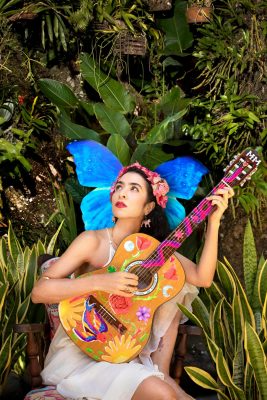 Monty in his voice has the rhythm and subtlety of bossa nova, but his vocals, as well as his compositions, are driven by fierce intelligence, a curiosity about the human condition and a passion for risk taking. The singer has collaborated with a wide range of avant-garde artists, including Seu Jorge, David Byrne, Philip Glass, Caetano Veloso, Ryuichi Sakamoto, Arto Lindsay, John Zorn and Laurie Anderson.

Sony Music recently released the song “Vento Sardo” (Sardinian Wind), written and performed by Marisa Monti and George Drexler, the Oscar-winning Uruguayan singer-songwriter. Together they composed music while sailing in Sardinia. Sung in Spanish and Portuguese, speaking of “the flow of life”, Marisades Monti commented, “And how things are always in dynamic motion, changing all the time.”

Monty is the first honoree from her country. “I am happy to represent all my Brazilian sisters, and to open doors for them outside of Brazil. A space in the Brazilian music scene that also reflects our presence in society,” she says.

Their latest album is out of confinement imposed by the pandemic. At home in Rio de Janeiro with her husband, son, and daughter, Monty planned “Portas,” an album filled with calm, serene sounds and messages of hope. “I wanted to offer something that could heal people and help them get through this time, not to feel depressed and sad,” she says. About the title track, Monty explains: “Doors are very symbolic items; they speak of opportunities, changes, and transitions, so I wanted to provide a sense of passage.”

In November 2020, as COVID restrictions began to ease, she began recording with her musicians in the studio, with all safety precautions in place. Musicians from New York, Spain and Portugal have made contributions through Zoom. Videos have been made for all songs. In addition to “the little music documentaries that show the recording process,” Monti says, “but also the garden, the sea, the sky, everything that was outside during confinement, when we all had very limited physical space to live.”

“calm”
Marisa Monti and Jorge Drexler “Sardinian Winds”
Until then, Monti had been surrounded by Rio’s boundless splendor, as he was born on July 1, 1967. His father was an engineer and also worked at the samba school in Portela, where it helped spark his passion for music. Marisa learned to play the piano and drums, sang in a school production of The Rocky Horror Show, moved to Rome as a teenager to study opera, and later began singing Brazilian songs in Italian bars.

Nelson Motta, a journalist and music producer from Rio de Janeiro, saw Marisa Monti and realized her potential; After her move, he helped create her debut show Blue Velvet (Blue Velvet). So much so that Brazilian director Walter Salles (Estação Central, Diários de Motocicleta) directed a TV version. Motta produced Monty’s debut album, Marisa Monti, for EMI. That’s what made her a brave explorer of world pop music, from “I Heard It Through the Grapevine” to traditional samba, samba funk and Brazilian rock to Gershwins’ “Bess, You Is My Woman.” Monty’s record has sold half a million copies.

In the sequel, Mais (more), she’s partnered for the first time with Arto Lindsay, the iconic American musician and producer. Miss made her a songwriter as well as being a magnet for other experimental artists. Monti has composed several songs with Nando Reyes and Arnaldo Antunes, from Titas. She was also joined by Ryuichi Sakamoto, Academy Award-winning and GRAMMY-winning electronic music composer, and another famous adventurer, guitarist Mark Ribot. 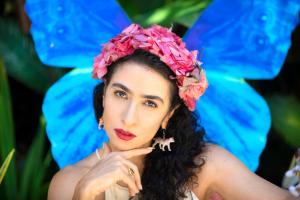 Since then, Monty has received a barrage of recognition. His 2000 album, Memories, Chronicles and Declarations of Love (Memories, Chronicles and Declarations of Love), included Amor I Love You, Brazil’s biggest hit of the year. The video won Monte one of seven MTV Video Music Awards. Two years later came the first Tribalistas album, a celebratory trio formed by Monty, Antunes and Carlinhos Brown, charismatic singer and social activist from Bahia. The theme of his 2006 double platinum album, Universo ao Meu Redor, is samba. This made the singer one of four Latin Grammys Awards.

Marisa Monti on tour in the United States

“I’m really happy to be back on the road,” Monty says. “I haven’t been long without singing live. I’m very happy to have had the opportunity to go to the US and sing in many cities where I’ve never performed. It’s so good for me, after 35 years, to have this opportunity.” “