Azul’s largest and most modern aircraft has arrived at the airline’s headquarters. This Friday, the brand new Airbus A350 landed at Viracopos Airport, in Campinas, followed by Milhorse Destinos on its arrival.

With a capacity of 334 passengers, the A350 came from France and made a stop at Confins Airport in Minas Gerais before heading to Campinas. Azul executives are an enigma, but the plane will almost certainly do the company’s major international flights, departing primarily from Viracopos. The first destination should be Florida, in the United States, then the Portuguese city of Lisbon.

The first flights will take place later this year, between November and December. Before that, however, the A350 has to go through the certification process and make some domestic test flights without any passengers – the whole procedure should take two months.

By modernizing its fleet, Azul will bring one more A350 this year and two more in 2023 — the old A330CEO, on the other hand, will be retired.

Airbus A350 from the inside

Azul is the only Brazilian company that owns the A350 – Latam that even operated the aircraft, but returned everything they had in April of last year. During the visit we can already see from the inside what passengers can expect from it.

There are three classes starting with Business Class and consisting of 33 seats. In them, passengers will have more comfort and privacy. Depending on the configuration, one armchair is right next to the other, but in general there is a good division between them. 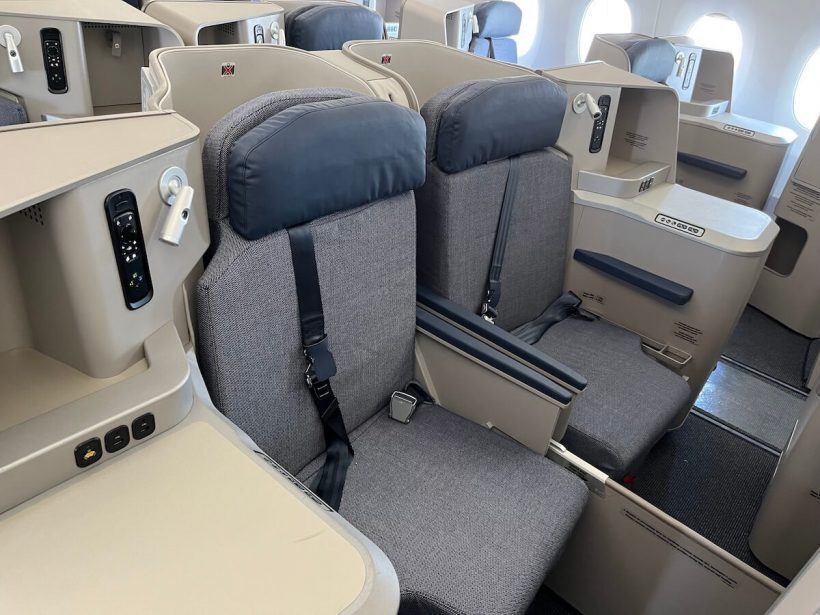 Some of the rows have seats next to each other. 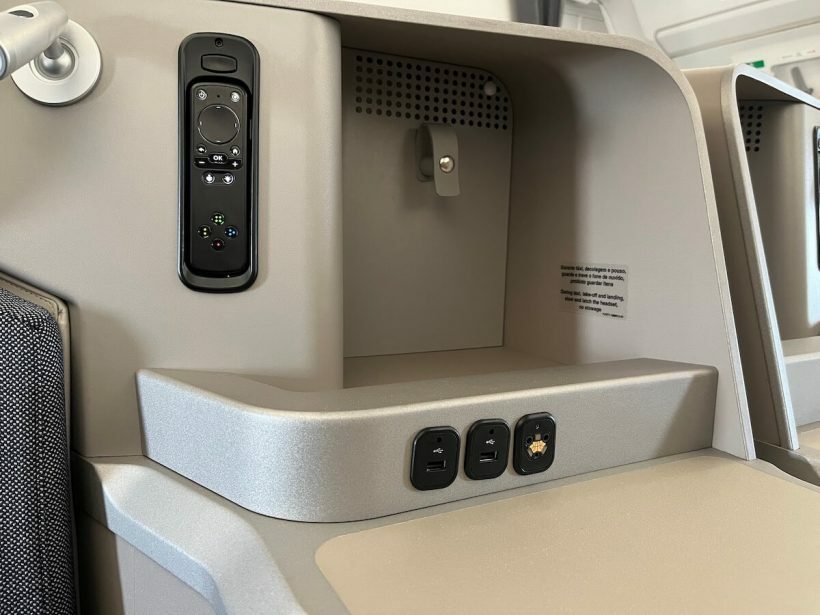 Each armchair has an object holder, regular plugs and a USB socket. 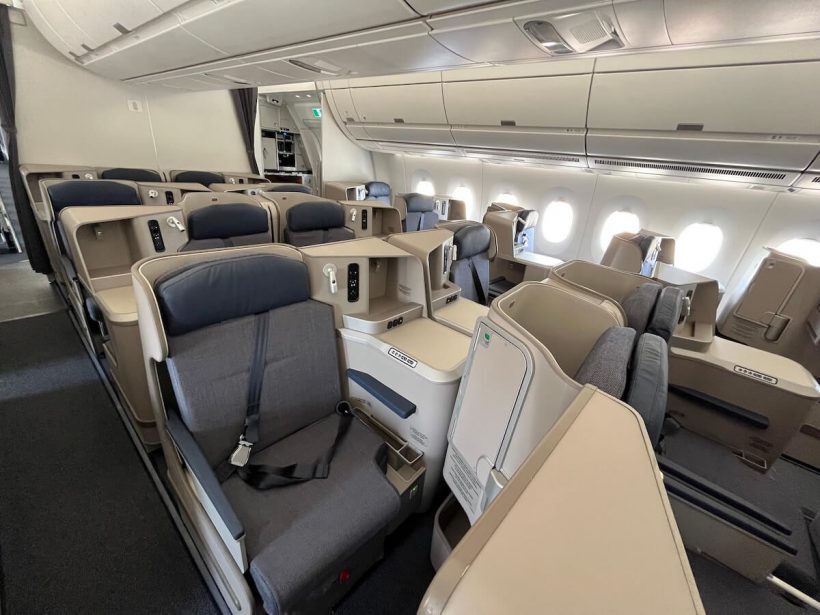 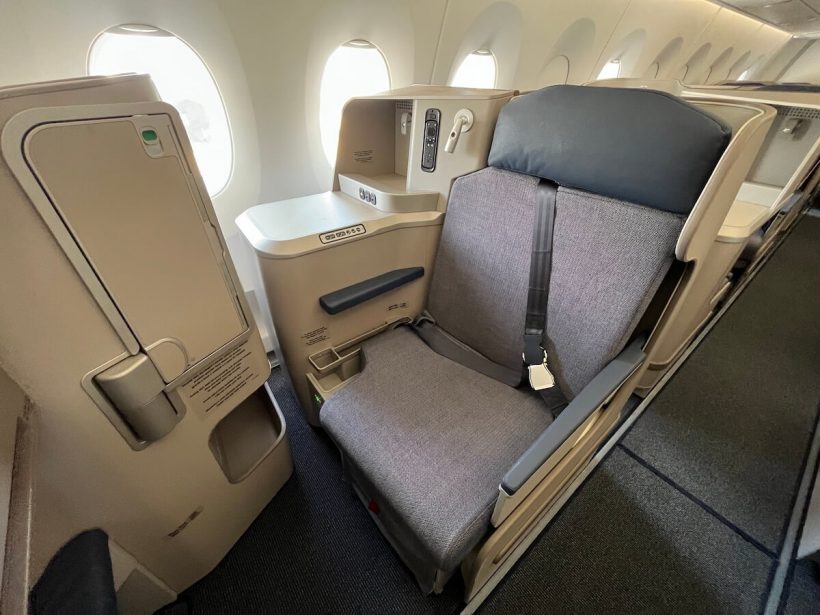 Whoever chooses the window is always alone

The other two classes are distinguished by the color of the seats and the fact that there is more space between them, as well as a slightly wider curvature – at first, lying down looks the same, but on a flight of more than 8 hours, any extra centimeter makes a difference.

The additional economy class has 102 beige seats and is located in the middle of the plane. Then Economy Class starts with 199 seats. The difference in leg spacing between the two classes is visible even before you sit down. All seats have an entertainment screen and USB port, and the luggage compartment is a good size, with more room than other aircraft.

While the A330 that will leave the fleet seats 242 or 274 people, depending on its configuration, the A350 has 334 passengers. Despite being larger, it consumes 20% less fuel per seat. And less carbon for the environment.

With the new Airbus A350, Azul intends to expand its international route next year. According to the company’s vice president of revenue, Abhi Shah, the new route that was in the plans was New York, but the American city had already been ruled out. “We tried three times and it didn’t work,” he said, and opened up other options. “Paris On our list, but we also have other opportunities.”

Because it’s a big plane, with plenty of cargo and passenger capacity, it’s not financially feasible to take short flights with the Airbus 350 – so your main destination should be the US and Europe.

After seeing all these pictures, are you curious to travel with the new Azul A350? Leave your comment!