If you are subscribed to PS Plus Extra or deluxe, so you have to stay informed, because in December, there will be more changes in your catalogs. You can actually find a couple of games in the Last Chance to Play tab, and if you’re starting to enjoy any of them, you’d better hurry.

Assassin’s Creed Valhalla, the title that has been since the inception of the “new PlayStation Plus”, is one of those titles that will say “see you later”. The other is Pillars of Eternity: Complete Edition, RPG by Obisidian. Check below for the names and dates they will be leaving the service: 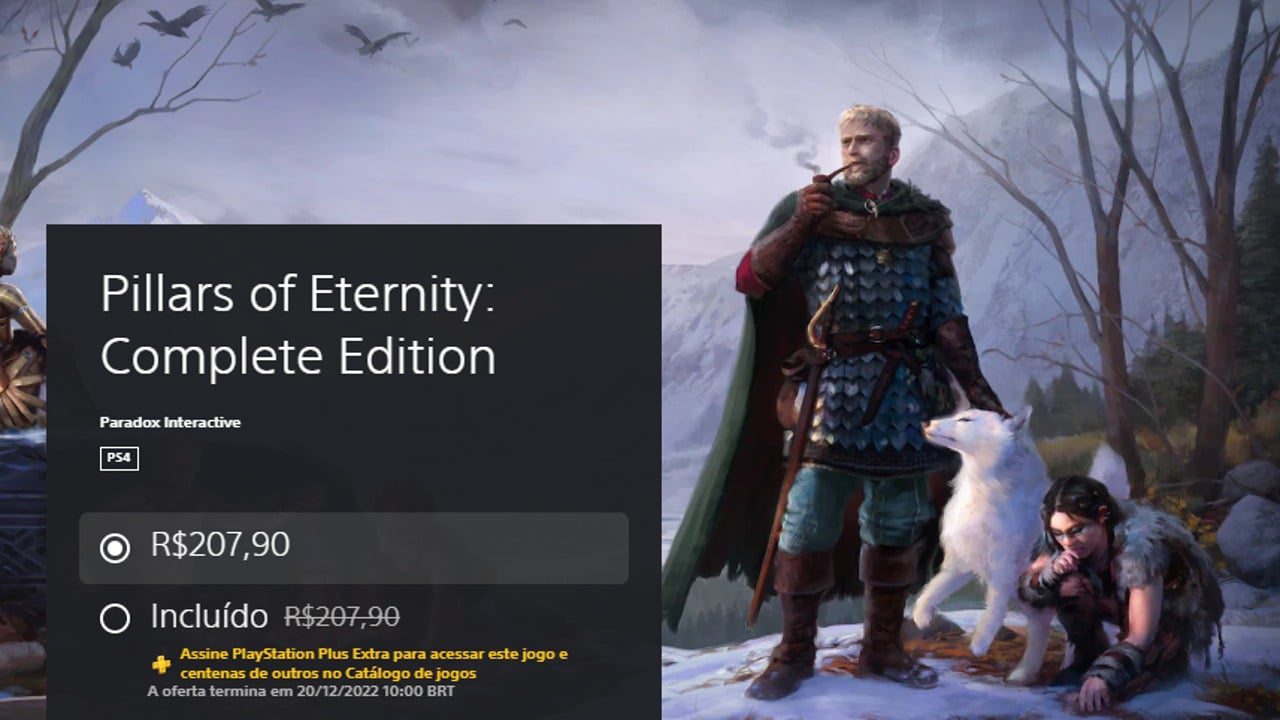 Sony has cited this alternation in its PS Plus Extra and Deluxe catalog since the new service levels were announced. In this way, every month new games arrive in the plans, but others leave as well.

This is the same strategy used by Netflix, Prime Video, Game Pass, and other subscription services. To access the aforementioned titles after removal, you need to purchase their respective versions from the PS Store – so be sure to enjoy them while you still have time.

Sony officially announced the three names chosen to merge the PS Plus Essential catalog (which Extra and Deluxe subscribers can also enjoy) back in December. Check out the lineup by clicking here🇧🇷