Gattito Fernandez: 3.0
It was a bad night. He missed all three goals, and one of them was overruled by the VAR. Two hits forward are incompatible with a goalkeeper of his level

Gattito had a really bad night in the Pantanal Square (Image: Reproduction/Premiere)

Joel Carly: 4.0
It didn’t do well in the game either. Kuyaba practically did not attack from above, which made it difficult for him to do so

Winner costs: 5.5
The best of the back line, with more fighting and important cuts

Daniel Borges: 3.0
Badly in the match, he had problems against Valdivia and was eventually sent off. Some good offensive games in the second half

Patrick de Paula: 4.5
He hits some plays and passes in the middle but more is expected of him

DEL PIAGE: 3.5
Bad acting. Apathetic in the game, did not perform, did not compose or produce moderator

Hugo: 3.0
The foolish dismissal, for arriving late, hurt the team

Lucas Piazon: 4.5
He showed wit and clarity in some movements, but they were few. It lacks more dynamics

Lucas Fernandez: 5.5
One of the best players in the team, with good ball control and quality of play

erison: 5.0
He was fighting against many defenders, far from his ideal conditions, and still working

Chai: 3.5
It was too bad for the game. He lost possession of the ball, took too long to play, turned the ball and ’cause’ Hugo to be sent off 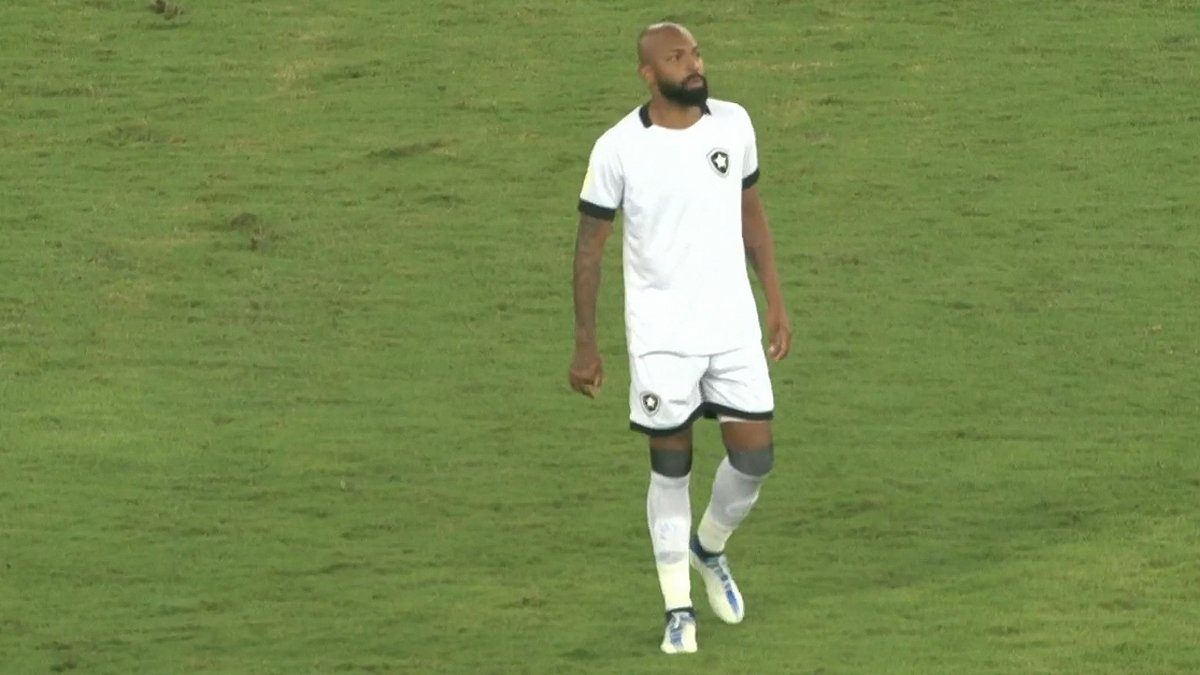 Chai came in in the second half and didn’t play well (Picture: Reproduction/Premiere)

Los Aoyama: 4.5
He entered the fire and was not found. He lost two possessions of the ball, and the second goal came in one of them

LUS CASTRO: 3.5
A night to forget. Can’t explain entering with three defenders and keeping the scheme for so long, against an opponent who only had Rodrigoinho up front (from a false 9). Lacks reading to play and understand the opponent