Popularly called as “Brazilian GTA”, the game “171It was recently created by the Brazilian game development group Betagames. The game has already reached significant positions in the Steam bestseller rankings.

This new production has attracted great interest from players due to the similarity to the popular Rockstar title,”grand theft auto🇧🇷 Based on this initial information, it should be noted that early access to the number “171” is already available on Steam for R$53.99 until the 24th of this month.

At the moment, it is possible to take advantage of the alpha version, since the studio responsible for the game is expected to release the full version only in 2024. Although the final version has not been completed, the game has already reached the best seller mark on Steam. , ranking third.

As Betagames Group points out in the description of “171”, the game may contain bugs and mechanics may experience instability or be temporarily disabled to receive the necessary polishes. This is because it is an alpha version in Early Access.

See the official game description below:

“171” contains a large city mainly inspired by Brazilian scenarios, and every detail and element in the game environment is designed to bring a sense of familiarity to the player.

The city comes alive with pedestrians and cars roaming around the map interacting with each other and the map and the player has weapons and can interact with items in the city. But be careful, because every action can create a reaction of equal intensity.

Acting in an aggressive manner can draw attention, causing innocent people to be alienated from each other and get into trouble not only with the police, but also with local thugs.” 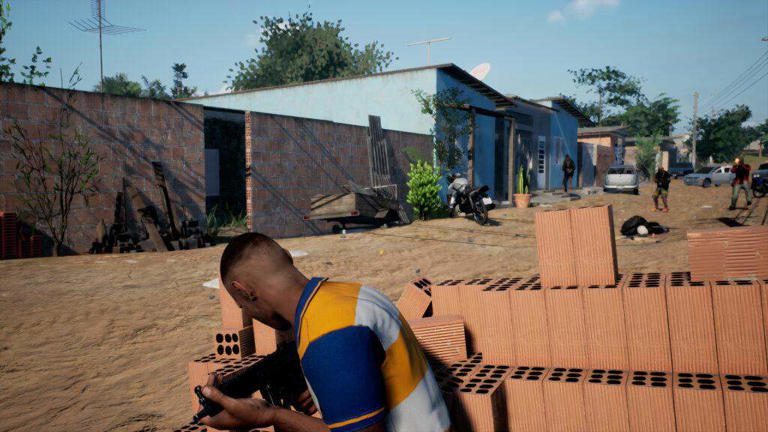 The fact that access to “171” was expected, as well as sending feedback on development, will allow players to financially assist in its creation. In addition, the national developer also mentioned:

“We want to add more content to the game, including map expansion, new vehicles, new mechanics, a variety of npcs and a campaign mode to tell the story of the game,” the company said.

The group also intends to port the game to Xbox One and Series X/S, PlayStation 4 and 5, and Nintendo Switch in the future.

Betagames Group, in 2019, raised nearly R$70,000 to help develop the game through crowdfunding.