Our planet has existed for a long time and has undergone many changes. One of them, which researchers consider to be the most severe, is climate change. In 2020, two UK meteorologists made a prediction to estimate what the 30-year weather forecast would look like in 2050.

To do this, they analyzed long-range climate models. At the time, the charts showed that this was not a true prediction. “Examples of plausible climate based on climate projections” appears to be written in the upper right corner of the forecast. However, this prediction could be confirmed 28 years ago this week.

Atmospheric scientist Simon Lee of Columbia University in New York made the observation. “In 2020, the Met Office produced a hypothetical weather forecast for 23 July 2050 based on UK climate forecasts. Today, the forecast for Tuesday is surprisingly almost the same for most of the country,” he wrote on Twitter.

The temperature forecast for this week is unprecedented, with 10 to 15 degrees warmer than normal. To give you an idea, the highest temperature ever recorded at Cambridge Botanic Gardens in 2019 was 38.7ºC.

The heatwave prompted an unprecedented red alert for the UK. “We hoped that would not be the case. A recent study found that the likelihood of very hot days in the UK is increasing and will continue to increase throughout the century, with more extreme temperatures expected to be seen in the south-east of England,” said climatologist Nikos Christidis. Scientist in Meteorological Office. , in a statement. 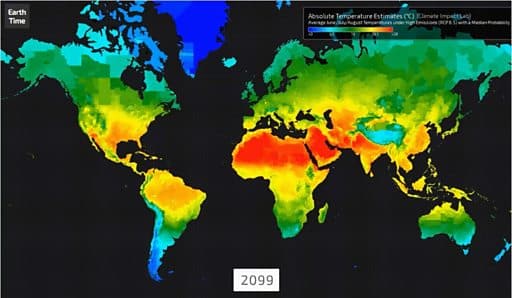 As climate change worsens, many models are built on computers to predict their future. Unfortunately, these models had very serious negative predictions.

The ice sheets of Antarctica and Greenland, if they melt completely, could raise sea levels by more than 65 meters, the worst-case scenarios for sea level rise predicted by the UN.

The most recent paper, published in the journal Nature Climate Change, said the two ice sheets melted following dire predictions of more intense melting. This happened between 2007 and 2017. And by 2100, the increase will be 40 centimeters.

This ice loss represents roughly three times the median projections of the most recent Intergovernmental Panel on Climate Change (IPCC) report of 2014.

“We need to find a new ‘worst case’ scenario for the ice caps, because they are already melting at a rate that matches our current one. Sea level projections are essential to help governments plan climate policy, mitigation and adaptation strategies,” said lead author Thomas Slater. 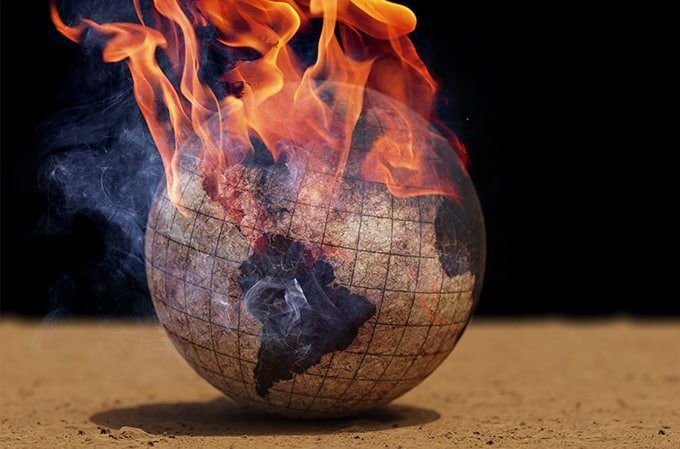 With this sea level rise, storms in coastal areas are predicted to increase their destructive power. More than $70 billion is needed to protect these coastal areas.

Climate models are complex and there could be many reasons why UN projections are wrong. According to Salter, it is important to better understand the factors that adjust models so that they can make more accurate predictions of sea level rise.

Until a few decades ago, the Antarctic and Greenland ice sheets lost as much ice as snow. But as the temperature of the planet gradually increased, this balance was broken. To give you an idea, in 2019, Greenland melted 532 billion tons of ice due to a very hot summer. This caused the sea level to rise by 40%.

According to Salter, the next big IPCC report is done with models that better show the behavior of the atmosphere, mantles and ice sheets. This will improve the accuracy.

Featured on Facebook: New police van detects drivers without seatbelts and on mobile phones in UK

Trump asked for donations after searching his Florida mansion